The main events in Spain at Christmas are the birth of Christ on Christmas Eve (the night of December 24th) and the arrival of the three Kings (6th January). Although gaining in popularity, Christmas trees are still not that common in Spain. The main thing is the Nacimiento or Nativity scene, commonly known as a Belén.

Where can you see a Belén?

Beléns can be found everywhere: In cathedrals, churches, convents, museums, banks, shops… and of course private houses. They start appearing early December and stay up until 6th January. ruta de Beléns can range in size from small and simple to large intricately detailed scenes of the nativity scene within a whole hamlet or village. Some include rivers or streams with fishermen, people cooking over camp fires (paella is common!), bakers baking bread, etc.

In larger town or cities, it is common to find a ruta de Beléns – a list or map showing the location of all the Beléns in the area that you can follow. It is common for the best one to win a prize, which can be several thousand euros.

Everything you may possibly need can be bought in specialist shops are in the many market stalls which spring up before Christmas. The misterio is the core of the scene, the first step for anyone wanting to build their own Belén.  A sort of starter kit comprising the Virgin Mary, the baby Jesus, Joseph, and maybe a few extras such as an ox, ass and maybe an angel and shepherd. The three kings are also essential components. After that, it’s up to you. Make it as big or small as you want. 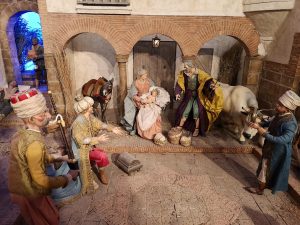 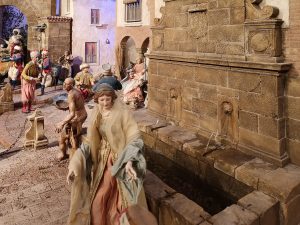 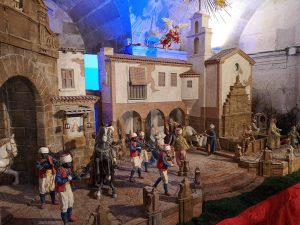 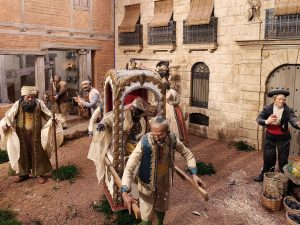 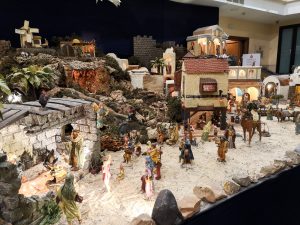 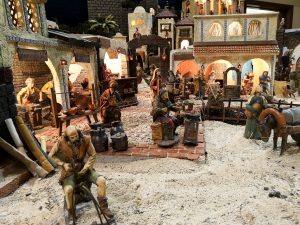 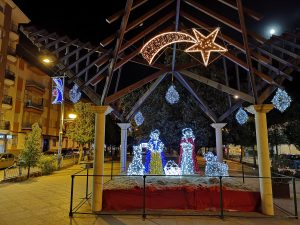 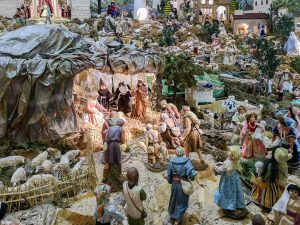 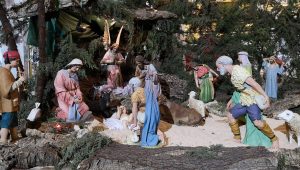 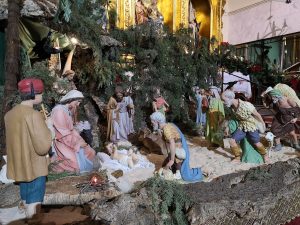 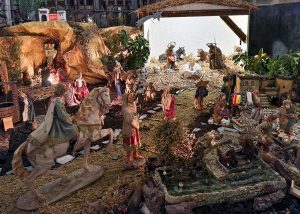 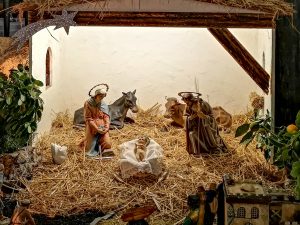 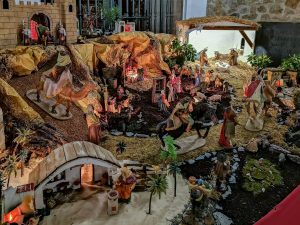 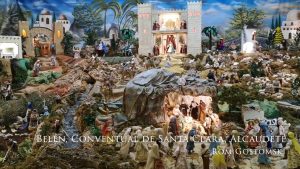