The town of Martos, in the province of Jaen, is known as the “cradle of the olive tree orchard”. It is referred to by some as the “First olive oil producer world-wide”.

Everyone is invited to try “hoyos” (bread and olive oil), both the locals, and visitors too.

The main event takes place in the park, where paper packets are handed out for free, containing bread, a mini bottle of olive oil, a cube of dried fish, a little bag of olives and a small bottle of water. The queues were amazing. Thousands of people waiting patiently for their “hoyos”.

The “hoyos” is then prepared and eaten standing up at communal tables. It was a wonderful atmosphere. People eating, talking, with family and meeting up with friends. The salted cod was, for me at least, a bit of an acquired taste, but the bread and olive oil was fantastic. Only in Spain, can something so simple be so popular and generate such a great atmosphere.

There was also a demonstration of making olive oil using a large hand press contraption. You could actually see the oil oozing out.
There was also music, a daytime firework display (loads of noise and sparkly glitter falling from the sky). A little market selling olive products and local meats and cheeses completed the set-up. I can personally vouch for the quality of some of the cheeses, especially a blue cheese, which is quite rare in Spain.

If you are in the area on December 8th, I recommend you go! 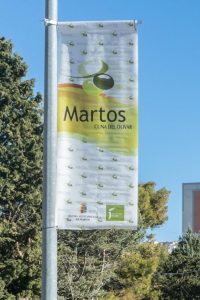 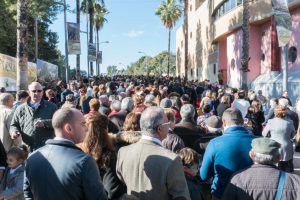 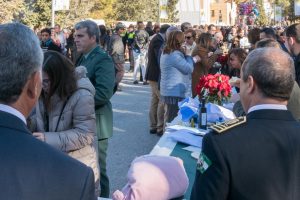 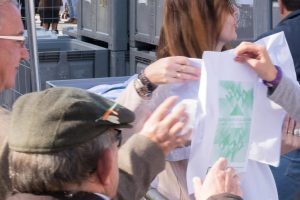 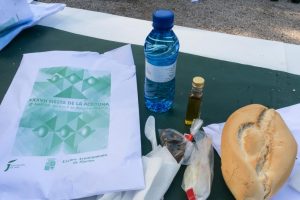 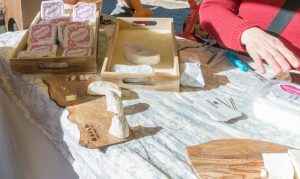 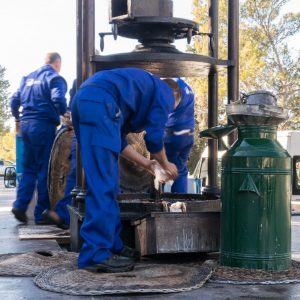 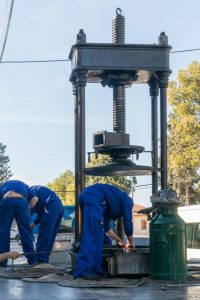 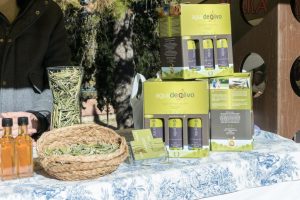 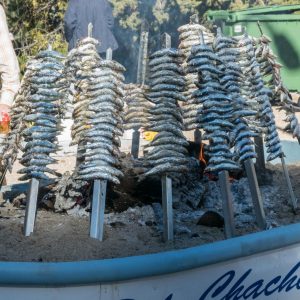 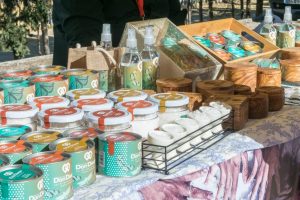 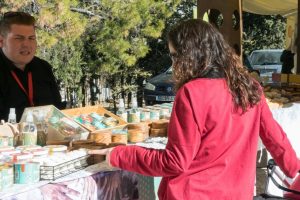