The Mérida aqueduct is popularly known as Acueducto de Los Milagros. This translates as the Miraculous Aqueduct. Hardly surprising due to the incredible feat of engineering, its stunning appearance and amazing state of conservation.

The aqueduct supplied water to the Roman Colony of Emerita Augusta, now Mérida, Spain from the Albuera Reservoir, approximately 5 km north-west of Mérida.

Construction of the Mérida aqueduct took place shortly after the Colony’s founding in the 1st century AD. There is evidence suggesting that several more building phases, or possibly renovations, were undertaken later, around 300 AD.

Built of granite ashlar blocks and brick it is both impressive and colourful. Arches at different heights reinforce the structure. Only a relatively short stretch of the aqueduct still survives, consisting of 38 arched pillars, standing 25 metres high over a distance of just over 800m. 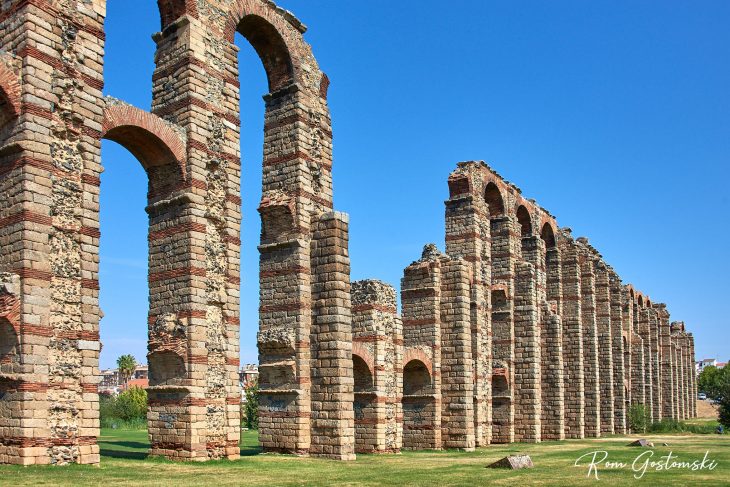 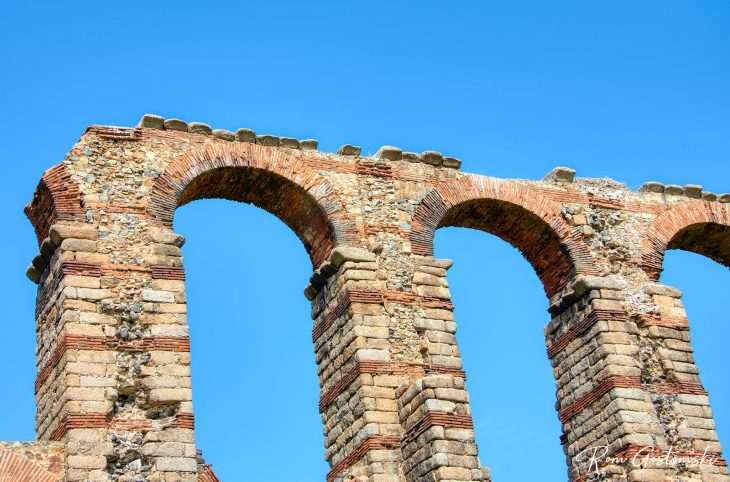 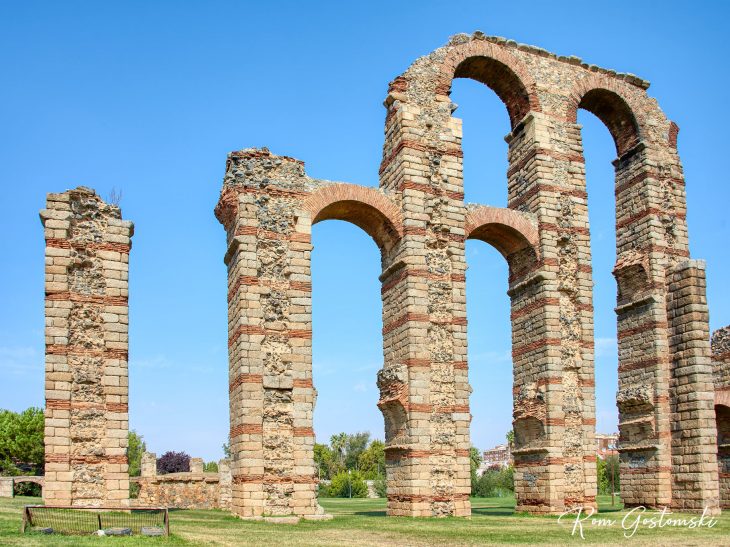 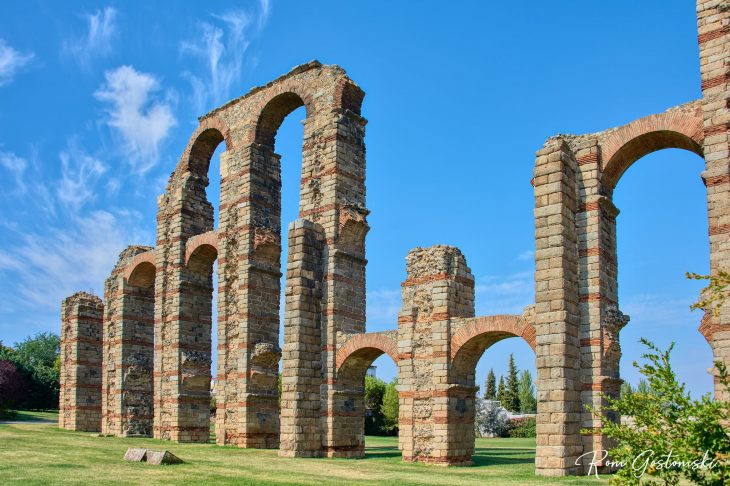 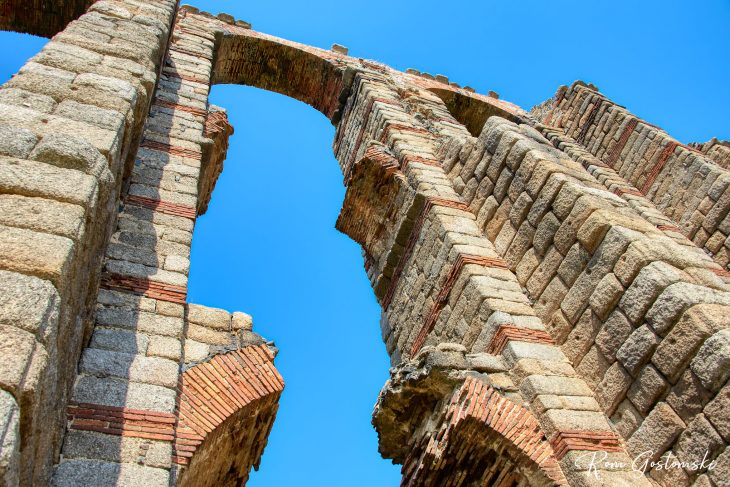 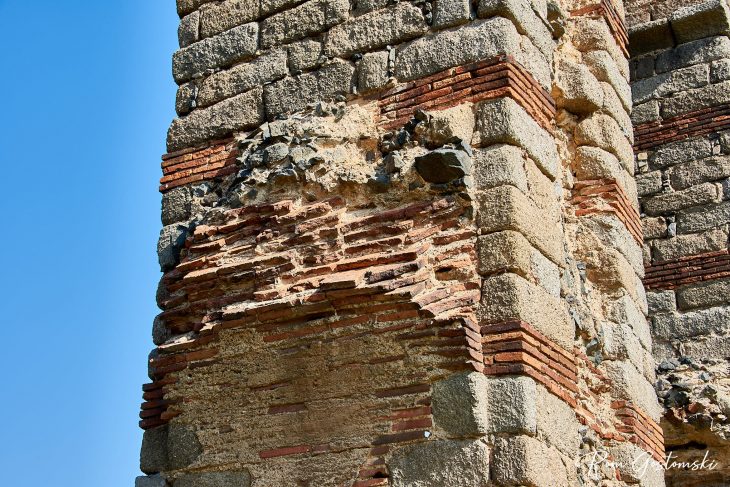 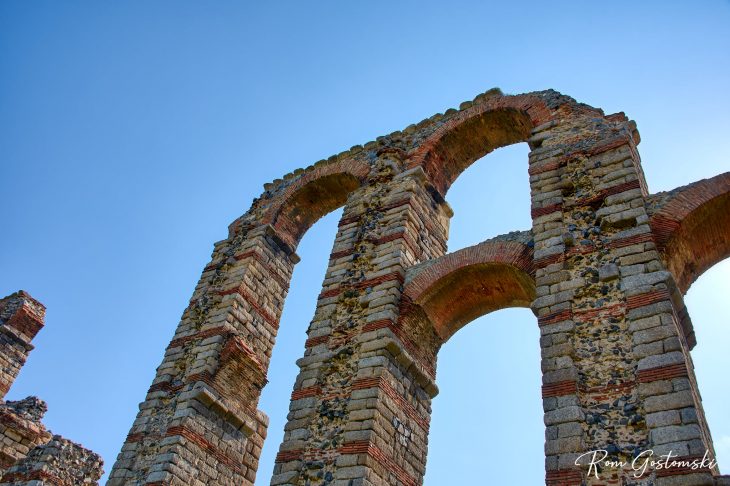 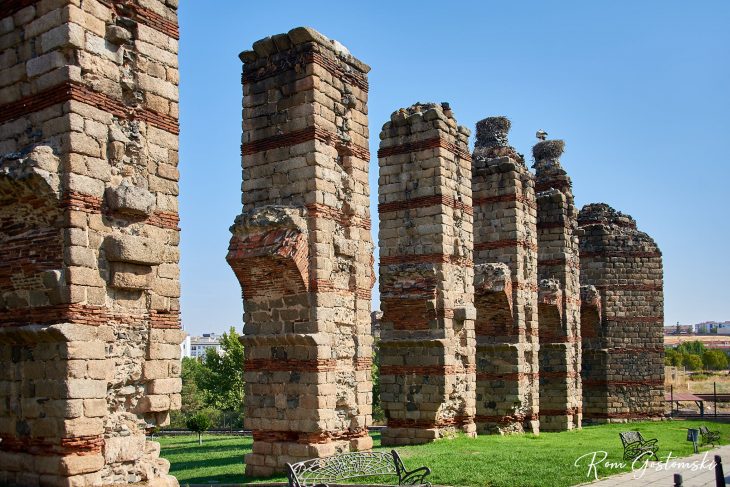 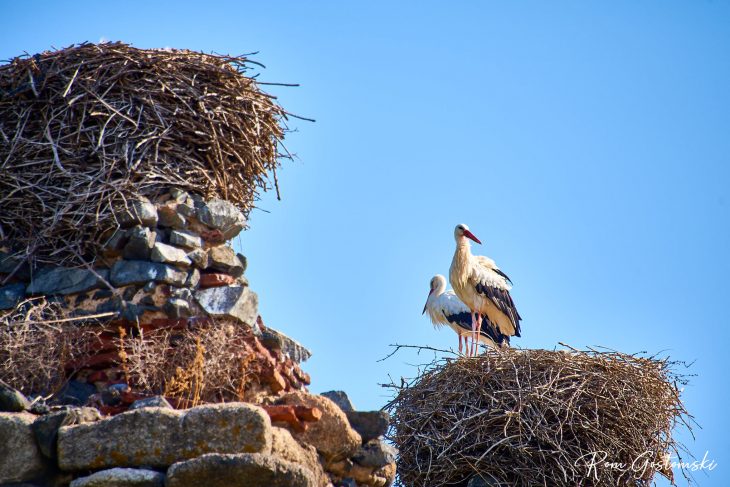 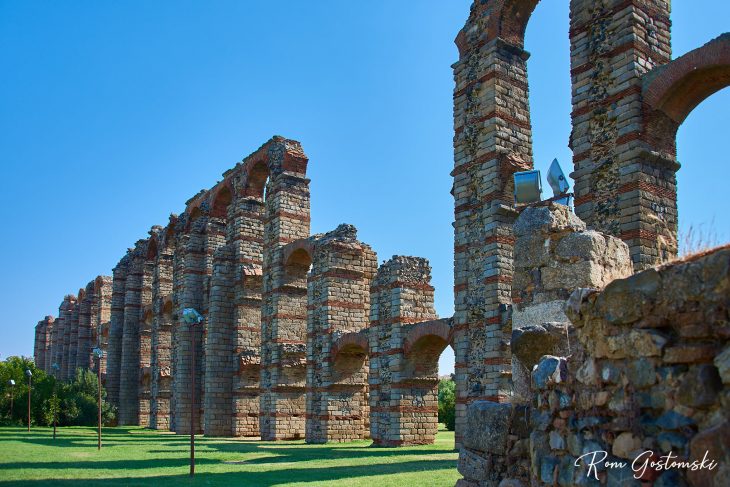