Linares de la Sierra is a village (or is it a small town?), population approximately 300, in the province of Huelva, a short drive from Aracena. It is a quaint, medieval-looking village of Moorish origin, with steep cobbled streets. It nestles within a wooded valley in the Parque Natural Sierra de Aracena y Picos de Aroche.

Despite its relatively small size, it has an excellent and famous restaurant. Meson Arrieros has been cited in the New York Times, The Times of London and the Michelin Spain and Portugal Guide. The restaurant is run by chef Luis Miguel López and his wife Adela Ortiz. Meson Arrieros serves traditional seasonal local fare, often with a modern twist.

This is located in the Plaza de la Fuente (logical I guess!). The original construction of the lavadero is thought to be at least two centuries old. It’s a very interesting design as it has a constant water flow and three separate parts. At first I thought this might be something to do with wash cycles, but no. I have been reliably informed that it works as follows:

The fountain itself has four chutes. This feeds (via an underground pipe) a rectangular trough, which is a short distance away. The trough is for animals. An open overflow channel then feeds the water to a circular washing section. This has 18 stone washboards (I counted them!) arranged around the perimeter. The water is then taken via underground pipes and channels to water the nearby orchards. Great bit of engineering!

I have since discovered that there are at least three other fountains, which I sadly missed. All are much newer and at least one is fed by mains water.

These rectangular areas of mosaics made of coloured stones in a range of designs, most commonly including flowers and animals. These mosaics can be seen throughout the village of Linares de la Sierra, particularly at the entrance to many of the houses or in the squares.

This huge church, dating back to the 18th century, is seemingly disproportionate to the size of the village. It was designed by Huelva architect José Alvarez and is popular baroque, classical baroque and a touch of neoclassical in style. As the name , it is dedicated to Saint John the Baptist.

The following are photos I took as I wandered around the village. Enjoy! 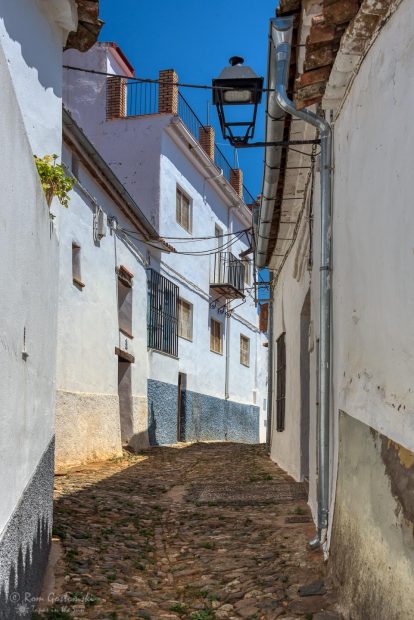 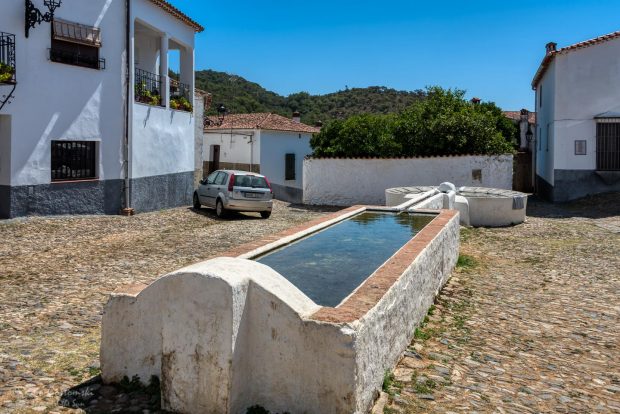 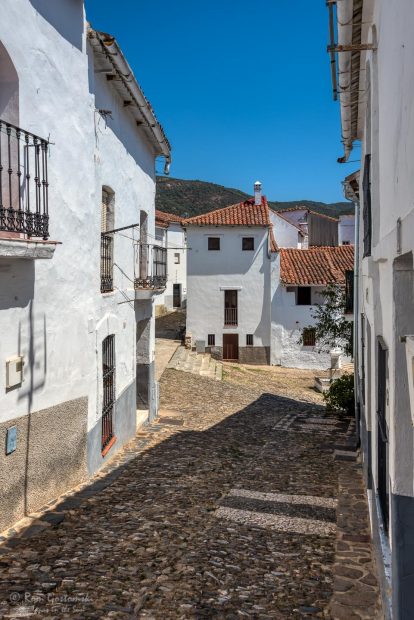 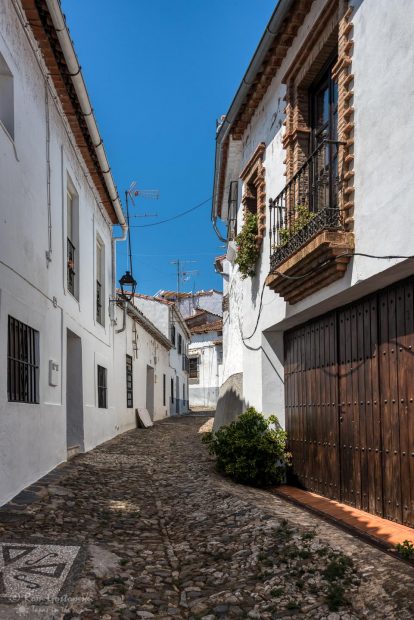 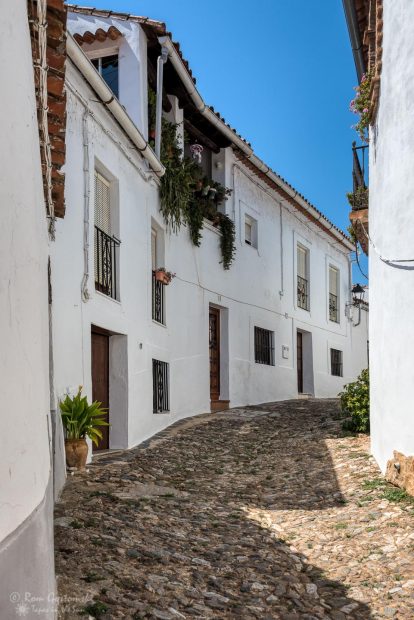 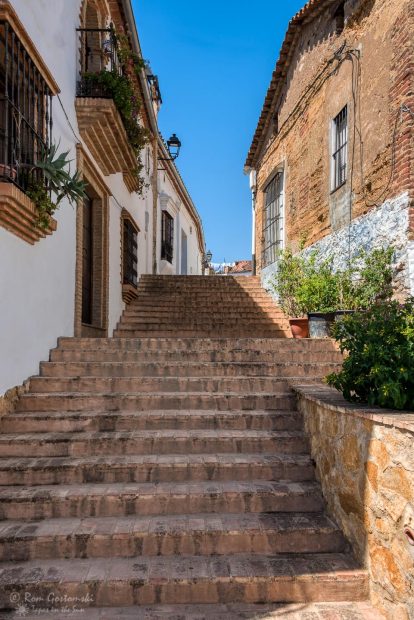 Some streets are steep! 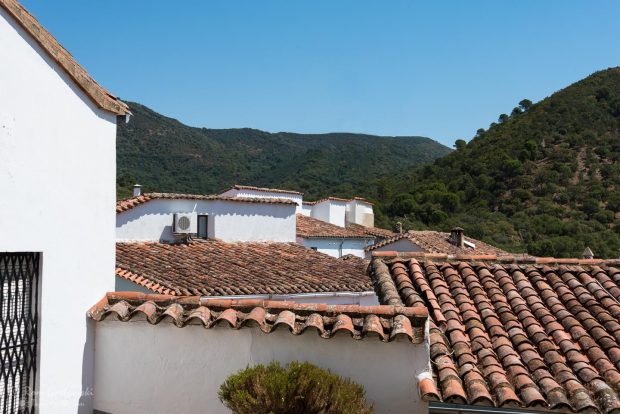 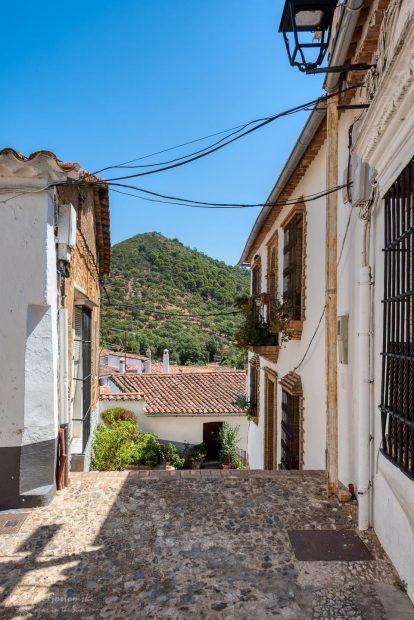 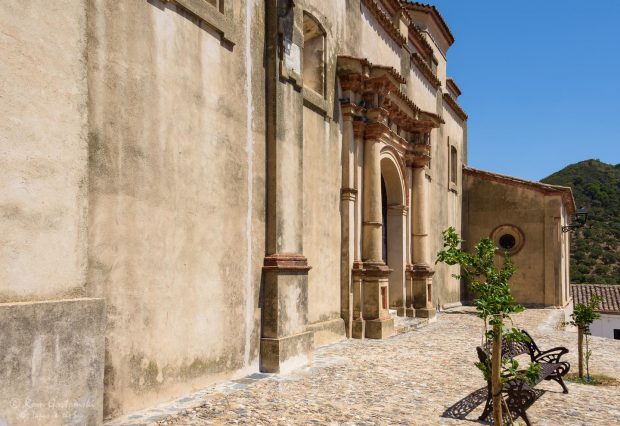 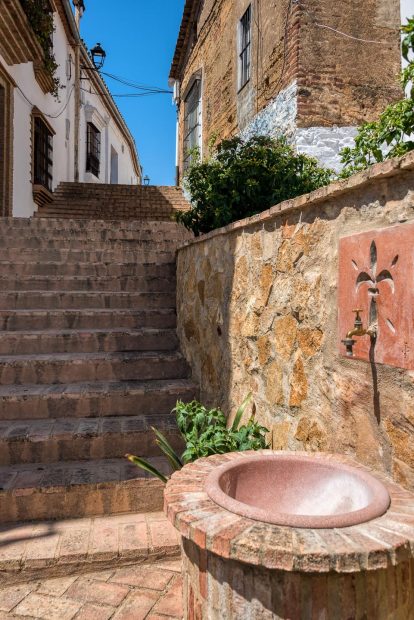 The streets are steep! 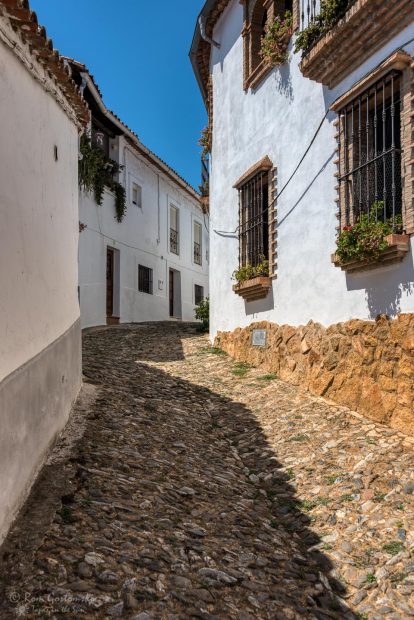 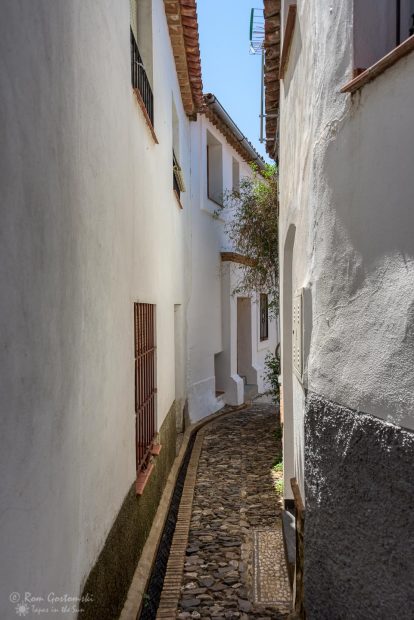 Some streets are very narrow! 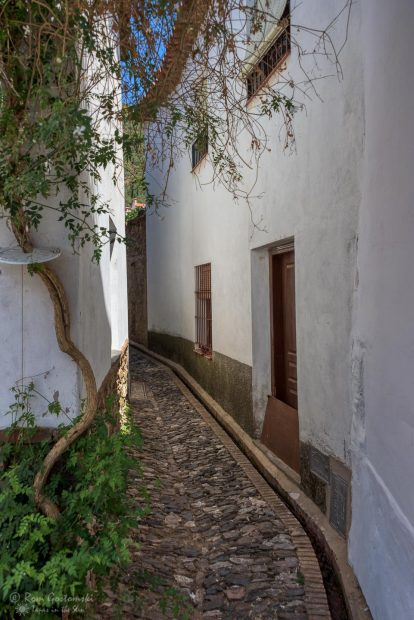 This is the narrowest I saw!