Abderramán II built the Alcazaba of Mérida in 835 AD. It is the oldest preserved Muslim defensive fortress in the Iberian Peninsula.

The purpose of the Alcazaba was:

It is a fascinating monument and very different from others I have seen. Apart from the walls and the water tank, the complex is mostly in ruins, and you need a vivid imagination to visualise how it might have looked in its heyday. On the other hand, the Alcazaba of Malaga is well preserved and in an excellent state of repair. It is one of the monuments that you should not miss on your visit to Merida.

The site is almost square and measures approximately 130 m along each side. The walls are about 2.70 meters thick and 10 meters high. They have an outer skin of granite ashlars with a central core of earth, stones and mortar.

In the south-west corner, next to the Roman Bridge was a small fortified area traditionally called “alcazarejo”. It had three doors which controlled access to the bridge, the city and into the citadel through the main entrance. This is where the current tourist entrance and ticket office is today. You can still see the original Roman road inside the alcazarejo.

Inside you can see a wide variety of ruins with numerous ashlars, columns and construction elements from the different historical stages. Many are still in the process of excavation and study. There is a perfectly preserved section of a Roman street and in the northern part a kind of garden area.

The cistern of the Alcazaba de Mérida

The cistern, or water tank, is one of the best-preserved structures. It is located underground near the riverbank wall, and access is by two parallel staircases. The water filters into the cistern direct from the Guadiana river.

Above the cistern was a mosque; you can still see the floor plan. A third floor was present, possibly a signal tower, but there are no remains. 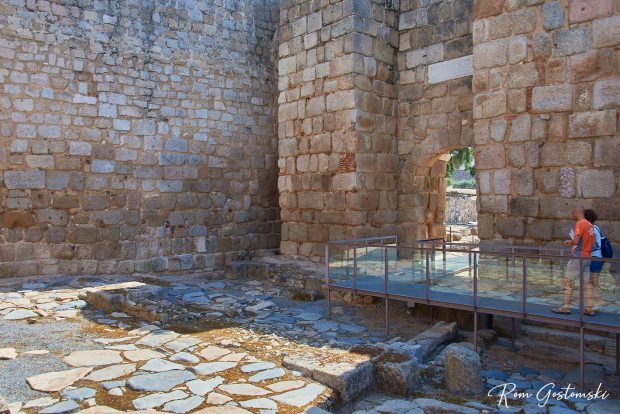 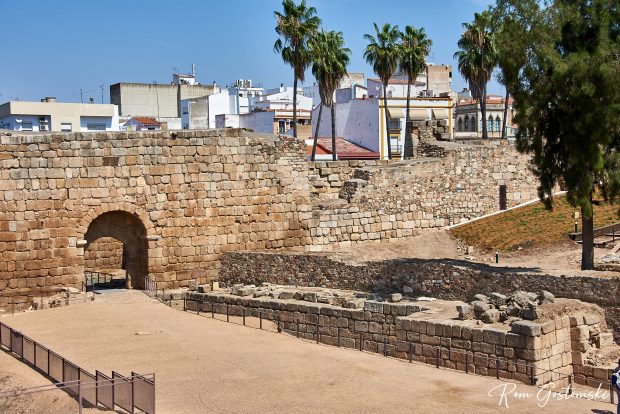 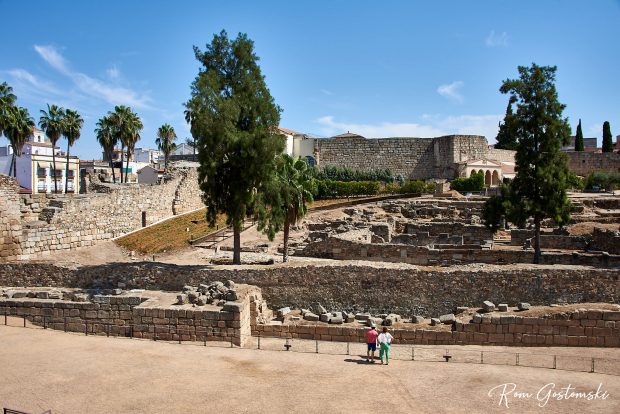 Inside the Alcazabe of Mérida 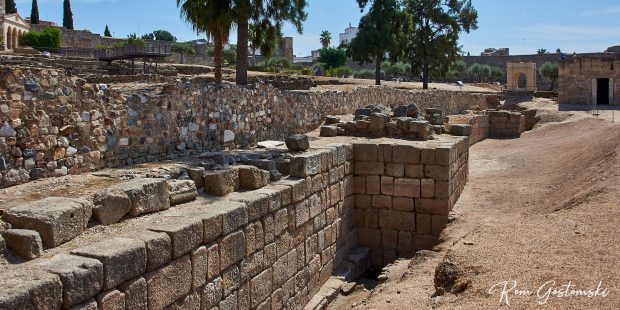 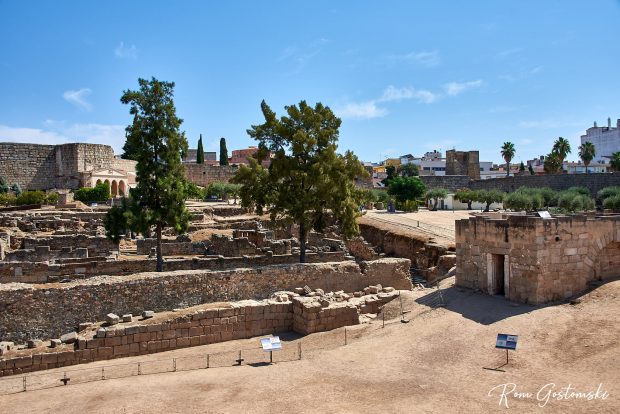 Inside the Alcazaba of Mérida 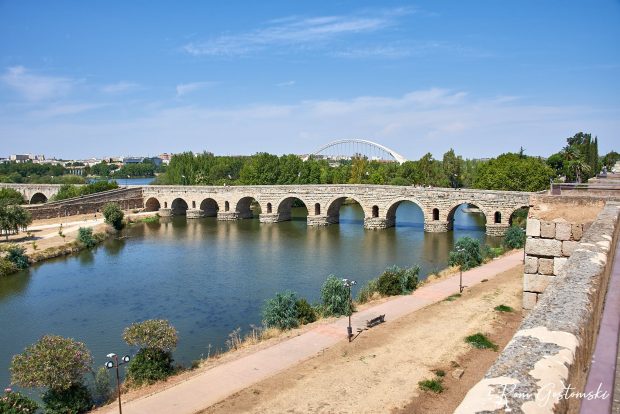 The Roman bridge in Mérida 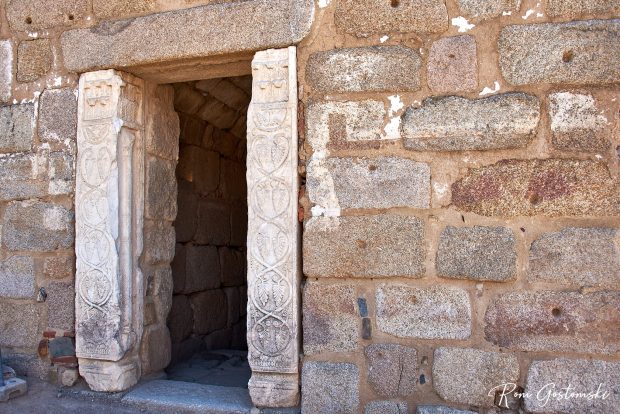 Entrance to the water cistern 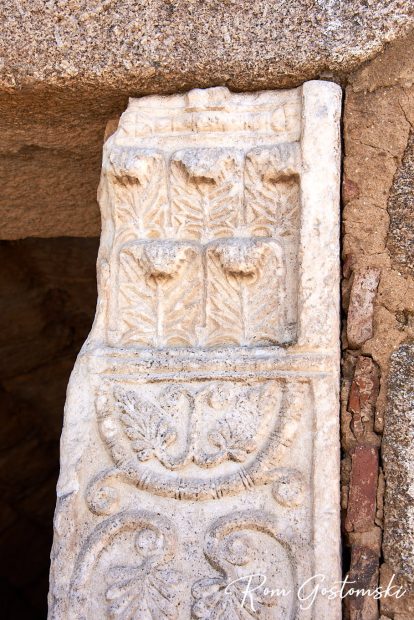 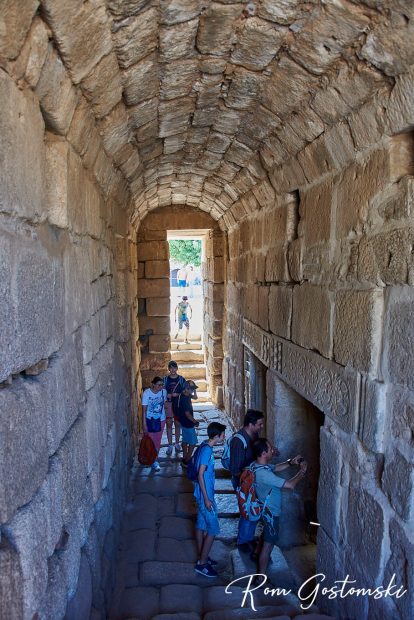 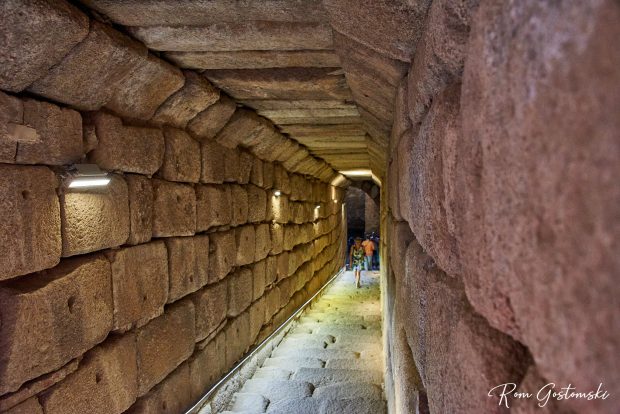 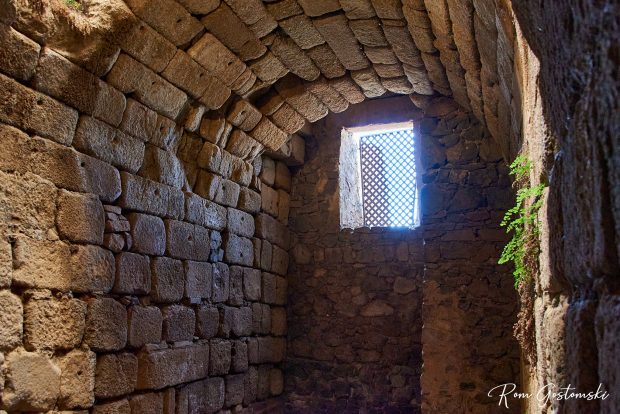 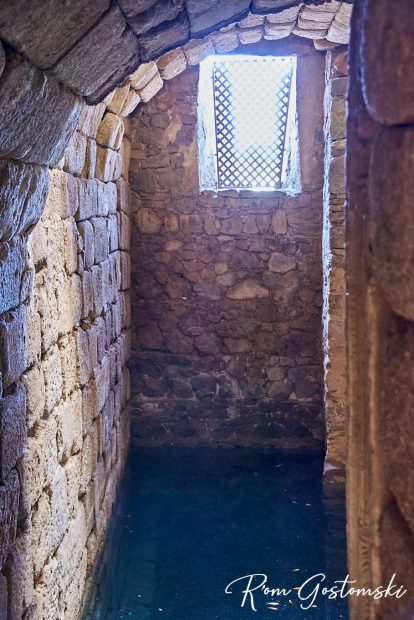 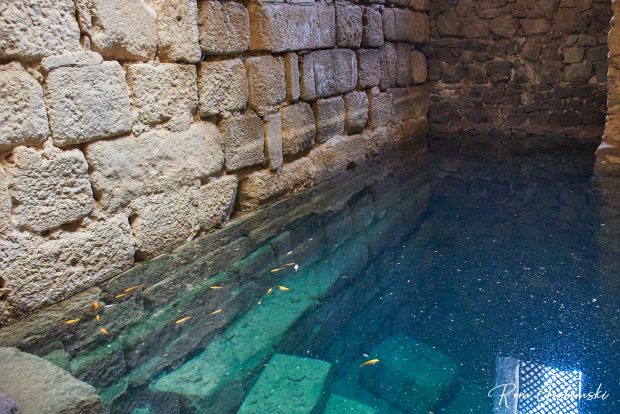 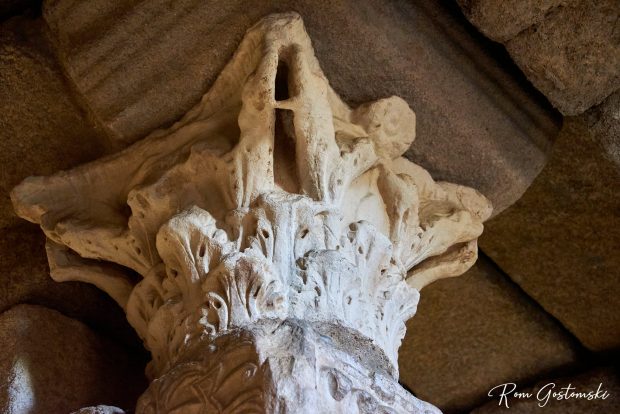 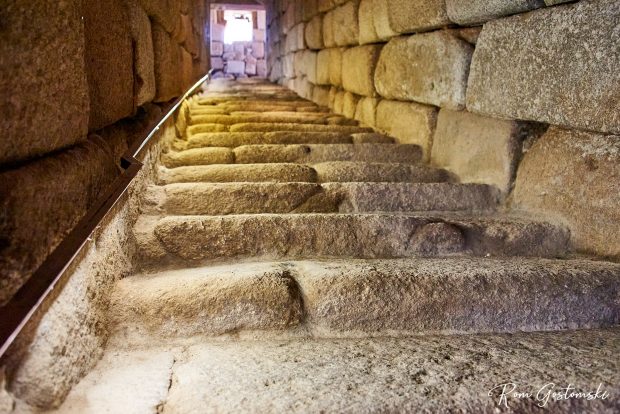 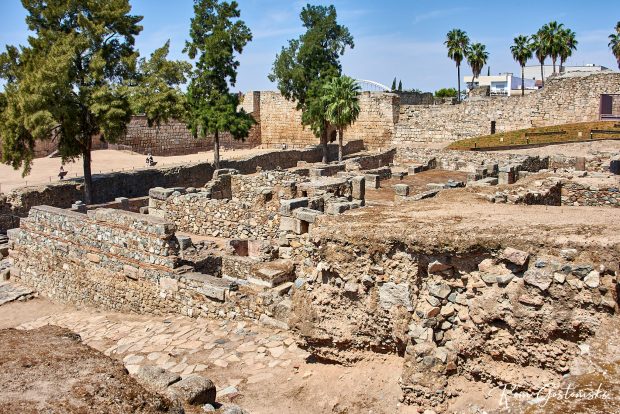 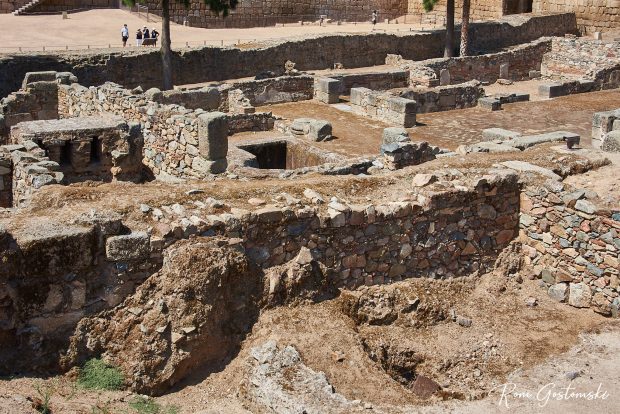 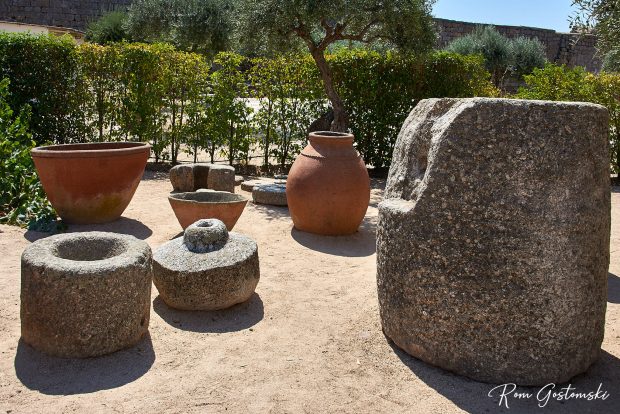 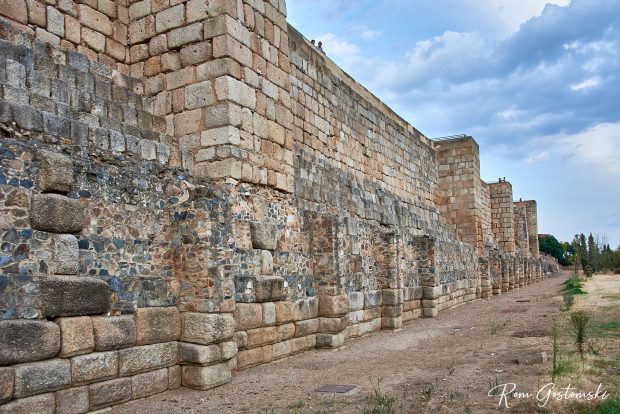 The Alcazaba walls along the river bank